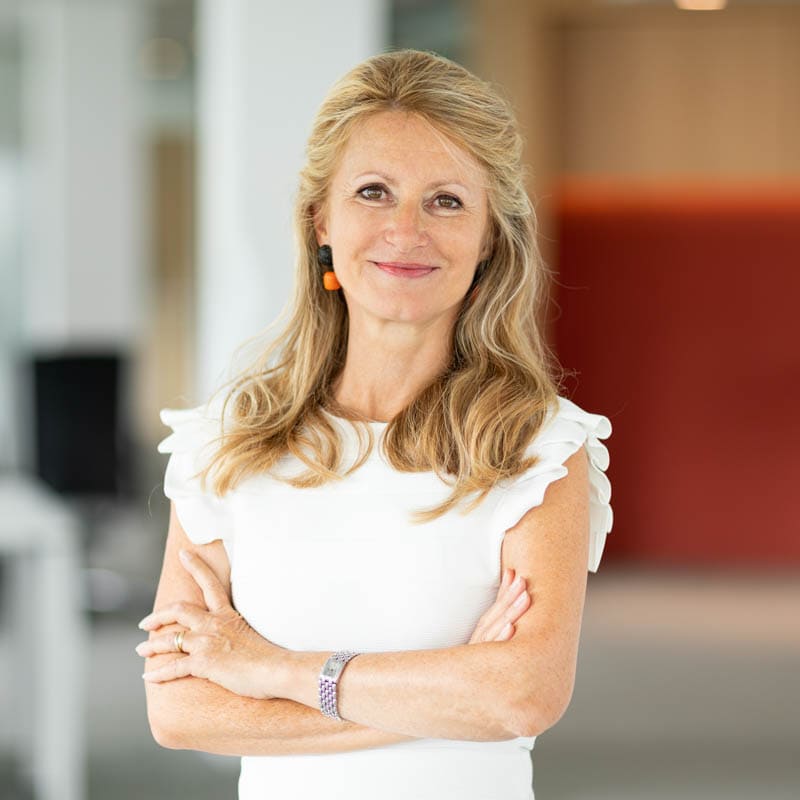 Her conviction: the best is yet to come!

She helps leaders make informed and ambitious decisions. Allowing the talent, she works to gather their forces, seeing the little spark in their eyes when they perceive things from a different point of view, experiencing the magic of someone’s true word is what keeps her profession alive.

She provides career paths based on high-performance networking, a true talent spotter, a true accelerator for success.

For the success of her missions, Isabelle relies on a few key elements:

Isabelle’s professional life has been punctuated by purposely selected transitions, in which she has had to reinvent herself and draw on her resources:

As a graduate of ESSEC Grande Ecole, Isabelle is also a certified coach.

Since 2013, she has given lectures and webinars for the Alumni Associations of the most prestigious management and engineering schools in France: HEC, INSEAD, ESSEC, ESCP, Sciences-Po, EDHEC, X, Centrale, Mines Supelec, Ponts, Arts et Métiers… She offers Master Classes on LinkedIn and gives lectures on the Network approach.

Isabelle encourages the Grandes Ecoles (Higher vocational schools) to promote the spirit of unity and active networking between alumni and, as such, offers workshops and conferences on the development of a dynamic networking approach between alumni.

Isabelle is a practitioner in Neuro-Linguistic Programming (personal development tool), certified MBTI (personality inventory), and trained in coaching with the systemic approach developed by Jacques-Antoine Malarewicz (supervision in 2012-13). She is also a psychotherapist and psychoanalyst, Member of the Psychoanalytic College.

She explored the corporate world through her acting role as HR Director for two films by Stéphane Brizé. This producer, nominated for a César for best producer twice, has produced three films highlighting social relationships in the corporate world: La Loi du marché, En guerre, Pour le meilleur et pour le pire. For this most recent feature film, Isabelle was the producers’ advisor and screenwriter. She introduced executives who testified their experiences in the corporate world.

Isabelle has also produced videos on YouTube regarding the Network approach. Journalists regularly interview her for various media: Le Figaro, Le Monde, Capital, Cadremploi, L’Express, Management, Journal du Net, etc.
Since 2014, Isabelle has been a Career Expert for the Harvard Business Review France, where she publishes articles on Executive Job Search and Networking.

Any cookies that may not be particularly necessary for the website to function and is used specifically to collect user personal data via analytics, ads, other embedded contents are termed as non-necessary cookies. It is mandatory to procure user consent prior to running these cookies on your website.